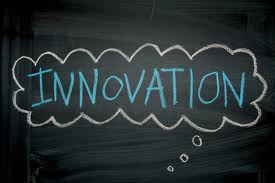 Are you ready for a new application for you entertainment pleasure? I think that a highly functional, socially interactive, Website DVR needs to be created. It should be able to record shows directly from various websites such as: ABC, NBC, CW, HBO, ESPN, Netflix, Hulu, YouTube channels, etc… There will be no buffering, no waiting, and no internet needed. Sound like a great idea? Keep reading…

There are so many different outlets out there that stream TV shows, what if you could record all your shows (from all the different outlets) on one device to keep for instant viewing? The key here would be identifying and adding all of these different web sources. Then the goal would be to stream the data with the best quality available and eliminate the problems with buffering. We can accomplish this because the device will save a continuous stream of data locally to a storage device. The Website DVR will record everything from start of show to end of show. No buffering; no waiting for things to load.

In my mind, the Website DVR will be designed as an application and not a web service. Why do this you ask? Because if it were a web service then you would be back to streaming the recordings and this application is meant to remove the streaming process and allow shows to be enjoyed in high quality without buffering and without an internet connection. Also, the application will give the user control over the viewing experience as a consistent interface for viewing will be used. Think about how great it will be to get some shows recorded, while you’re traveling for instance, and then stored on a tablet for later viewing. To make this possible, we are going to need iOS, Android and Windows Phone applications to make shows available for offline viewing.

What will the features include? Well, it will allow for scheduling recording. i.e. learn the patterns of the broadcast sites, and enable scheduling of recordings. Here is a revenue opportunity as this will take some sort of guide, so this will be a data stream for maintaining this information. It should be accurate and updated constantly when new information is available.

Of course multiple shows could be recorded at the same time, but that would depend on the power of the machine performing the recording. However, this is not be as big an issue as it is on broadcast, cable tv and satellite because you can watch or record a show whenever you want so recording conflicts will be minimal. Recording only one show at a time would keep CPU resources at a minimum and allow for other tasks to be performed while this service runs in the background on a computer.

Other features would include, creating a recording library of shows that are available –organized by content and date. We could build in key features to this library, for instance, when you watched something, when the next show in the series is set to air, and a quick indication that something was watched on another device. Also, the application could allow for a 30 second advance, and 7 second replay, along with other standard DVR playback features.

Of course we would want to keep all the good analytic features of current DVR’s to measure things like where people pause shows, what they skip, what they rewind, how many times they watch something, etc. This is all good data for the networks to access (revenue stream) and of course advertisers will want access to what commercials were actually watched and not skipped over (more revenue). Integrate that with Adwords and cookies and you have a new way to do additional targeted advertising to viewers not only during viewing but also after they have finished watching something.

After the initial features, it would be about making the viewing experience interactive. Scanning the video stream for hashtags and other identifying marks and using that information to encourage social media participation. (see my previous DVR article on using audio to determine position in the output stream aka – Soundhound) This would allow instant feedback about a scene or item in the stream. We could then build in ratings and comments on things that you enjoyed, right as you are enjoying them. The viewing application should allow for real time user interactivity. Thus a community could be built around the watching of individual shows and it would be bringing in other social media networks and the user viewing network.

I’m sure I’m not the first person to think of this, but this should definitely be on the minds of companies like TiVo who are in the business of recording things… They also have the right revenue model in place for this, a recurring payment model for access to the guide, and usage of the application.

What are your killer features that you would like to see included in a Website DVR application? What about things you just want to see in your current DVR? Does interaction with a community of like minded people who enjoy the same shows as you do appeal to you or is Social Media just a fad? How much would you pay for a service like this or do you think that this should be free? Give me your thoughts below and let’s see if we can’t get something like this built sooner rather than later.

We’re well aware, of course, that networks aren’t gonna like this. And sure, advertisers are going to get their undies in a bunch over this. Buy hey, the war was fought when DVR’s first came out so it is time to take another technology leap forward and start DVRing on the Web!

Are you looking for a business consultant? As Managing Partner of J&S Tech Designs, I have over three decades of experience and expertise to share with you to help your business, products, and ideas thrive. Contact me for a free initial consultation. 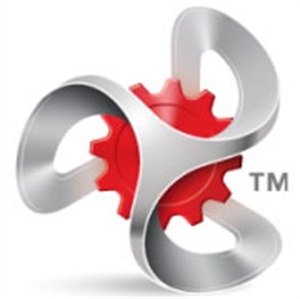 Is it Time for a SDLC Plan to Get Your Software Released?

Are you ready to succeed in business? Our newsletter includes articles on our years of industry expertise. Let our business consulting experience take your company to the next level.

You have Successfully Subscribed!